Swamiji was trained as a sannyasin disciple of the Bihar School of Yoga (BSY) which was founded by Swami Satyananda Saraswati, direct disciple of Swami Sivananda of Rishikesh. She has also been initiated by Swami Niranjanananda, the present guru. With over 30 years experience in yoga meditation, Swami Yogaratna has given yoga programs all over South India and overseas. She is particularly appreciated for her talent in leading Yoga Nidra (psychic sleep) and other Meditations from the Tantras, yoga therapy, yoga for children, the higher techniques of Chakra Sadhana, Kundalini Yoga and many others including satsangs (talks) and kirtan (group singing).
Sw. Yogaratna is a trustee of Shankar Prasad Foundation near Gokarna where she is setting up a spiritual retreat and retirement place on a 2 ½ acre organic farm with English/Kannada medium Play School and volunteer community projects. She gives classes and retreats on all aspects of yoga meditation.

Sw. Yogaratna was born in Paris of Australian parents and raised in India. She completed her Indian School Certificate in Bombay International School. She then went to Australia for further education. She studied Art for two years (East Sydney Technical College). She studied Education for three years (Newcastle College of Advanced Education) and received a Teacher Training Certificate in Special Education (Teaching English a Foreign Language).
She taught for ten years with the New South Wales Department of Education, Australia, to all ages from 4 year olds to adults, including Teachers Training. During this time she also completed a B.A. majoring in Linguistics (University of Newcastle). After experiencing Western life to the full she began the spiritual search.

After traveling throughout the world she returned to India and is now an Indian citizen.

Sw.Yogaratna joined the Bangalore branch of Bihar School of Yoga, Atma Darshan Yogashram in 1984. She took sannyasa diksha in 1985. She received complete training in all forms of the Satyananda tradition of yoga, meditation, yoga therapy, and Indian spirituality. She served as a sannyasin sevak (voluntary service) in the ashram for total 21 years by assisting in the running of the ashram from top to bottom, giving therapy and spiritual counseling and running classes for all manner of people and institutions. She conducted Yoga Teacher Training courses, edited the ashram spiritual magazine: ‘Atmabha’ and established a reforestation project ELA.

In 1998/1997 she went to the mother ashram in Munger, which is the world’s first Yoga University: Bihar Yoga Bharati. In 2002/2004 she returned to Atma Darshan Yogashram in Bangalore and soon after received her Guru’s Blessings to be a ‘free sannyasin’, independent of the ashram. Since then, Sw Yogaratna has given yoga programs all over South India and overseas. She researched the ‘Yoga therapies to go with Naturopathy treatments’ and set up the Yoga Department in the Naturopathy and Yoga Centre, Ghataprabha, North Karnataka. 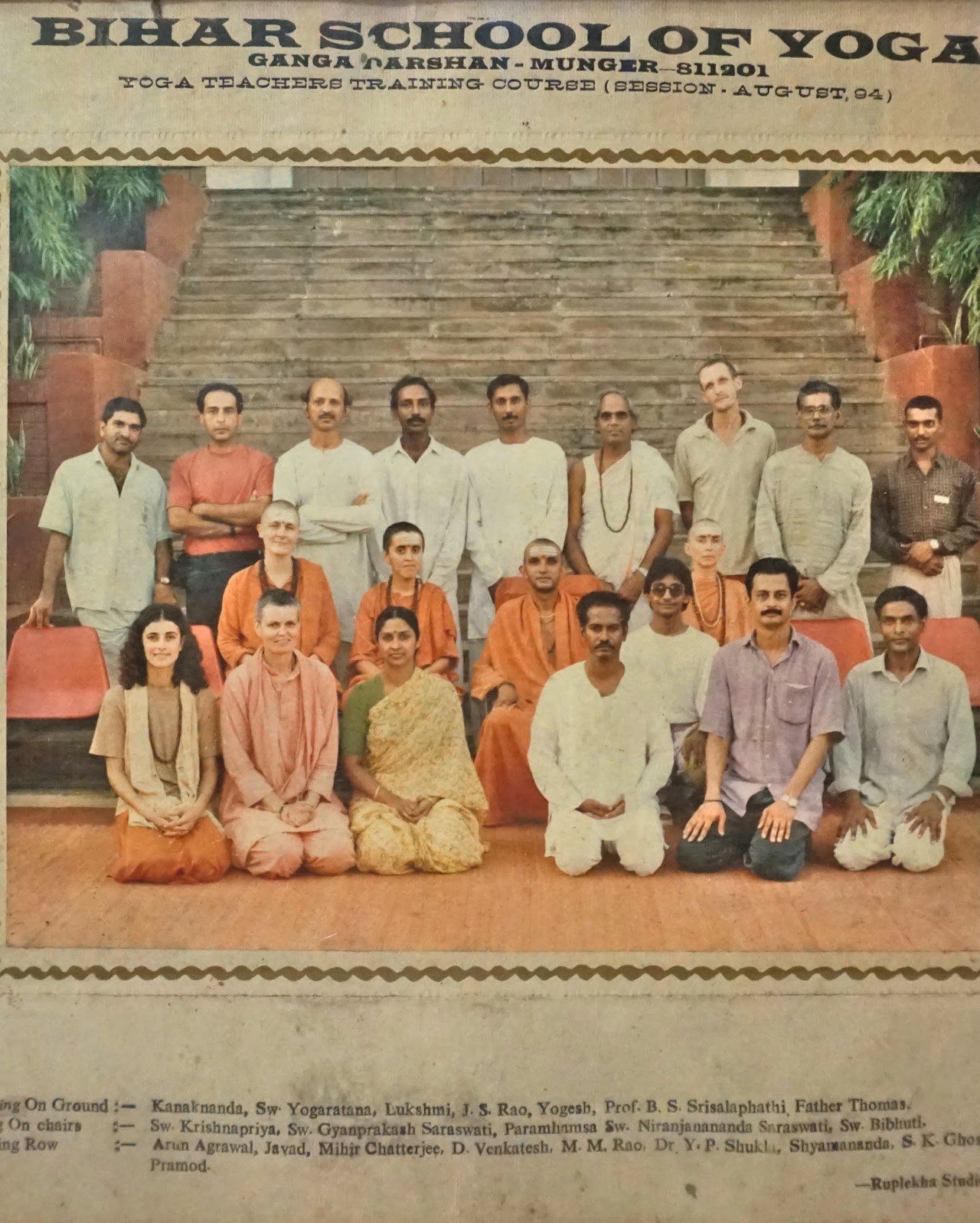 Sw Yogaratna’s aim is to help people relieve their suffering and develop themselves through the awareness and the science of Yoga. She researched the ‘Yogas for Augmenting Ayurveda’ and set up the Yoga Department at Kalari Kovilakom, ‘Palace of Ayurveda’ Kollengode, Kerala, and ‘Yoga & Meditation for finding the Self through Nature’ in SwaSwara, Om Beach, Gokarna, for the cgh earth,group (www.cghearth.net).
She offers individual and group classes and guidance at the Shankar Prasad ashram, as well as travels wherever requested for special programs. She helped to set up the ‘spiritual’ component in Fireflies Ashram, (www.fire-flies.net) Bangalore, an earth-spirituality social activism NGO helping farmers implement organic agriculture, and women and slum people to improve their lives.. 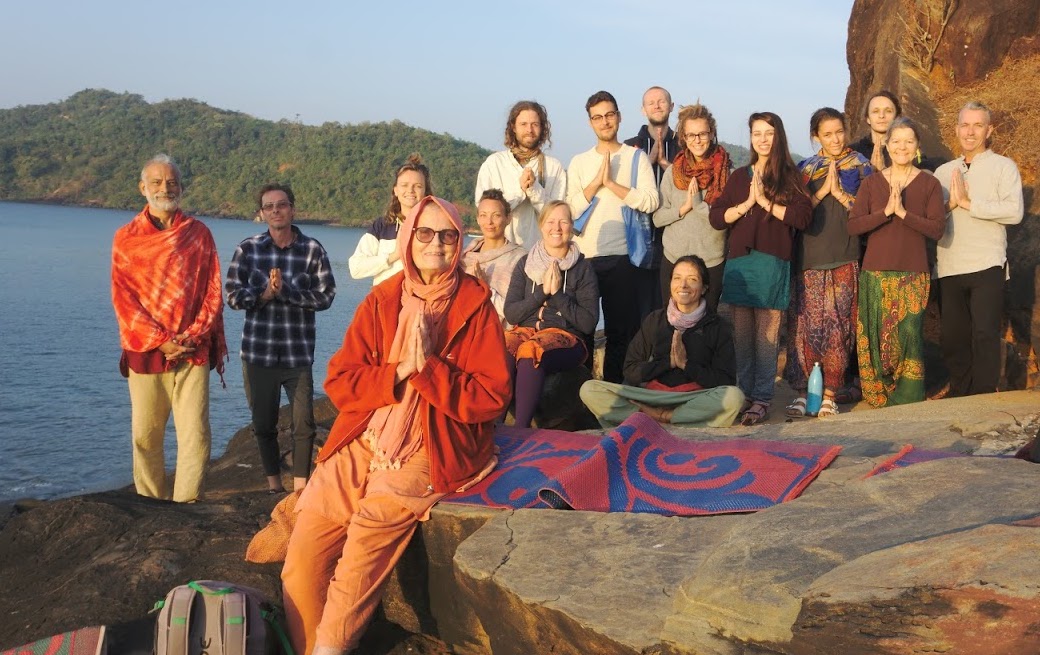 Sw Yogaratna is particularly appreciated for her talent in leading Yoga Nidra (Psychic Sleep) and other meditations, yoga therapy, yoga and meditation for stress management, yoga for children, for women, for the elderly, the higher techniques of Chakra Sadhana, Nada Yoga, Attitudinal Yoga, Kriya Yoga (kundalini yoga) and many others including satsangs (talks) and kirtan (group singing), Sanskrit through singing and meditation.
Sw Yogaratna continues working as a Yoga Advisor, Yoga Therapist, teacher and Spiritual Counselor in Gokarna and where ever invited. Her life’s work is Spiritual practices for a Divine purpose.